Ronald Sokol is an American citizen practicing in France since 1973. He is a member of the bar in both France and the United States and is actively involved in the prevention and resolution of problems requiring expertise and understanding of both French and American legal systems.

In the past few years he has offered a one day seminar on justice at Imperial College, London and at the University of Buskerud in Norway. He frequently contributes op-ed articles to the International Herald Tribune, New York Times, and Christian Science Monitor.

Admitted to the bar in the United States in Wisconsin, able to practice in all federal courts, and the U.S. Supreme Court.

Admitted in France to the bar of Aix-en-Provence, able to practice in all French trial and appellate courts.

Admitted to the bar in England and Wales with right of audience in all courts, member of the Inner Temple.

Practiced for several years before the United States Court of Appeals for the 4th Circuit.

Testified in California court as expert witness on certain areas of French practice.

Practice in the European Court of Human Rights.

Legal education at the University of Virginia J.D. and LLM. 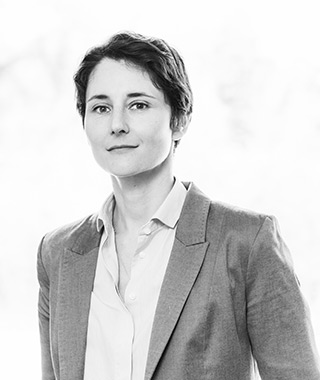 Olivia Lischetti was admitted to the bar of Aix-en-Provence in January, 2010. Since then she has regularly prepared and argued civil and criminal cases in Aix-en-Provence and elsewhere in France at both the trial court and appellate level.

In 2010, she obtained a scholarship to attend the Summer Courses in Private International Law of the Hague Academy of International law.

In 2013 the Bar Council of Aix-en-Provence awarded her the Prize Jules Sauteron de Séranon. The prize is given to a meritorious lawyer among those with less than four years at the bar.

Olivia holds two Masters II degrees from the Law Faculty of the University of Aix-en-Provence, one in international law and one in human rights and post-conflict resolution. She speaks both French and English.

In 2021 she was awarded the prize of best Educational Coordinator by the Business Network International of the Bouches du Rhône.

Daniel Sokol is a barrister at the Inner Temple in London and a University lecturer. He practices in the fields of personal injury, medical negligence and education law.

He is often instructed to help with a range of university appeals, from undergraduate degrees to PhDs. He has had extensive experience in the academic world, holding both masters and a PhD in medical ethics. He has set exams, graded students’ work and sat on review committees within the academic environment. He is often engaged to assist in the process of making an academic appeal, to offer initial advice as to the merits of a possible appeal, to draft written submissions and to appear on behalf of students at appeal hearings.

In 2007 he founded and directed the UK’s first course in applied clinical ethics at Imperial College London. He has been a Visiting Scholar in Bioethics at Washington Hospital Center, Washington DC, and Portland St Vincent Hospital, Oregon, and has sat on a number of committees, including those of the Ministry of Defence, the Ministry of Justice, and the Royal College of Surgeons of England.

He is the Senior Editor of the Postgraduate Medical Journal. His publications include Medical ethics and law (2005) Doing Clinical Ethics (2012), and Pupillage Inside Out with Isabelle McArdle (2013) as well as numerous articles. He writes a regular column for the British Medical Journal.

Tough Choices: Stories from the front line of medical ethics (The Book Guild, 2018)

Pupillage Inside Out: How to Succeed as a Pupil Barrister (Sweet & Maxwell, 2013) with Isabel McArdle,

Doing Clinical Ethics: A Hands-on Guide to Clinicians and Others (Springer, 2012)

Medical Ethics and the Law (Trauma Publishing, 2005) with Gillian Bergon

“He combines inspired vision with precise craftsmanship. He is endowed alike with legal imagination and a passion for accuracy. He avoids logical flaws, while understanding the limits of logic as a tool of creative thought.

Finally, he realizes that law’s role is to serve the purposes of man, and not the other way around. That is to say, law is not an end in itself but an instrument designed to bring about justly the realization of human dignity in a commonwealth of mutual deference.”

Hardy Cross Dillard’s (1902-1982) description of the ideal practicing lawyer. Dillard was Dean of the Virginia Law School, President of the American Society of International Law and Judge on the International Courrt of Justice at the Hague from 1970 to 1979.